After some weeks of training to get a little into shape  I finally tried my first real MTB Marathon in the Belgium Ardennes: “les Cimes Des Waimes” it is a MTB marathon that is part of the belgium EBMC challenge together with three other large MTB marathons.

I was already staying in the ardennes with some friends in Han Sur Lesse so to get at the start at 9:05 we had to leave our bed early (6:30) together with Jan-Willem I drove to Waimes where we arrived just in time for the official start. We decided to bike the 50km and that was a good choice, Because of the bad weather of the last days some parts of the route where very very muddy. As can be seen in the picture below.

Also the 4 “Cimes” that where part of the 50km where difficult to climb and I just managed to get at the top of the Ovifat ski-hill. 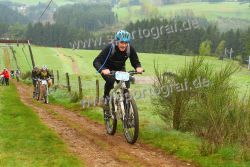 But there where also a lot of really nice single trails downhill. 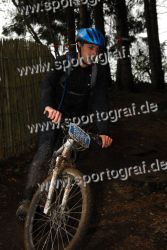 after biking 50km I was happy to arrive back at Waimes to get warm again and eat a tasty pasta. Furthermore I really have to compliment the organization of this marathon they did an excelent job in marking the route and stopping the cars when we had to cross a road. Also the 2 stops had a large variety of food and some live music !

After some time also Ernst arrived at the finish (he biked the 75km, respect..) and after a nice beer Jan-Willem and I went back to our camping spot in Han sur lesse and shared our adventures with the rest of the group there and went to bed early to recover from this nice day of biking.

I really enjoyed myself and looking forward to the other MTB marathons I’m going to ride (Limburg mooiste, Raid des sorcieres)

Just wanted to come back with some details on my tentative to start running as a separate exercise … and so I did.  Around 2 months ago I have started with my first 5 km throwing me after in some painfull days, as my muscles could not bare it :-). But slowly, slowly I did reached 10 km. Then I went for the time getting quicker and quicker, better and better every day ;-).  Well, running seems a bit boring then mtb, but believe me it is much easier to practice as you just need some shoes and some sportive outfit. It involves no cleaning up, no long runs, no fixing bike, etc..